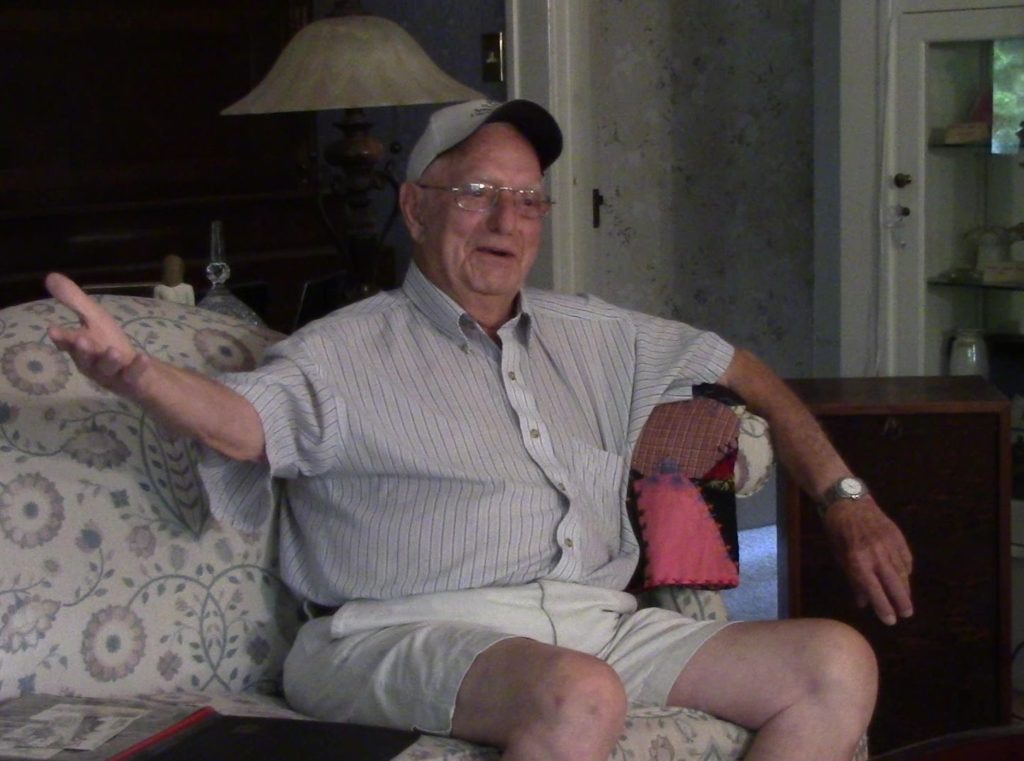 The Oak Lodge History Detectives have recently learned that Al Schmidhamer, nearly a life-long resident of Oak Grove, passed away last November 30th. Al knew a lot about the history of modern day Oak Lodge, and was part of it.

Alwin Joseph Schmidhamer was born in Portland Feb. 13, 1927. His parents were Joseph “Joe” Schmidhamer and Maria Magdalena “Lena” Herrmann, both from Munich, Germany. Under sponsorship of an uncle, Lena immigrated to Portland in 1926, followed by Joe in 1927. A cabinet maker in Germany, Joe became a sausage maker and butcher in Portland.

In 1932 the Schmidhamers moved to Milwaukie where Al attended Concord School with Bob Naef and later attended Milwaukie High School. In 1936 they built a home on Oatfield Rd. Joe found work at the Conway Packing Co. on Grand Ave. In 1939 they traded their Oatfield Rd. property for property on the west side of McLoughlin Blvd. south of Concord Rd.. It was there that they started the “Twin Oaks Trailer Camp” – later the “Twin Oaks Trailer Park”. Prior to the advent of bathrooms inside travel trailers the park provided restrooms and showers for tenants. In the late 1950’s the Schmidhamers established the Flamingo Trailer Park on Courtney – now the “Flamingo Mobile Manor”. All the while the Schmidhamers continued buying and selling trailers, and Al became involved in the business. He attended OSU for a short time but his poor grades forced him to return to his parent’s trailer business. In 1947 he traveled to Los Angeles and purchased 60 trailers for the family which sold rapidly in the thriving business. In 1952 Al struck out on his own, selling used trailers on a lot he purchased on Portland’s N.E. Union Ave. In 1 ½ years his business had expanded to a city block and he was soon operating Al’s Trailer Mart at two locations. In 1955 he was elected chairman of the Oregon Trailer Coach Association, representing trailer courts and sales lots in seven western states.

Al was said to have owned “all of McLoughlin Blvd.” at one time – – an exaggeration to be sure, but not all that far off. Al did buy and sell a number of properties on McLoughlin over the years, including a strip of property in front of the Super 99 Drive In, the original site of Dillinger’s (formerly Gaffer’s Pub), the V Bar V Western Store, a lot just north of G. G.’s, the Les Schwab property, the Wendy’s lot, the Eastside Athletic lot, and the Bentley’s Manufacturing site .

Al was a member of the Milwaukie Elks Lodge #142. A celebration of life was held for him there last December. He was the epitome of perpetual motion right up to the end. Al is survived by several children and grandchildren, and two sisters.