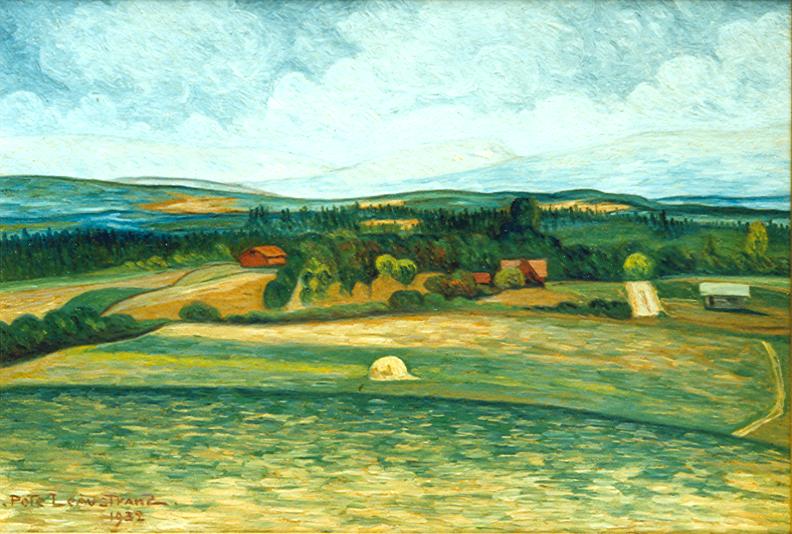 This painting was drawn by Pete Leavstrand in 1932. Pete Leavstrand was a landscape artist in the Portland area at least from 1934 through 1937, and it appears that he lived on Oatfield Rd. for part of that time. [See our March 8, 2013 blog post for more information about Pete Leavstrand].

This painting shows that, even as relatively late as 1932, there has been no development here.