The Risley legacy began with the arrival of Orville Risley in 1845. Having succumbed to the call for Oregon he and his family left Putnam County, Ohio in the spring of 1845, arriving in Oregon City the following October. Having first settled in Yamhill County Orville soon traded his Yamhill Co. Provisional Land Claim for one on the banks of the Willamette River in Clackamas County. 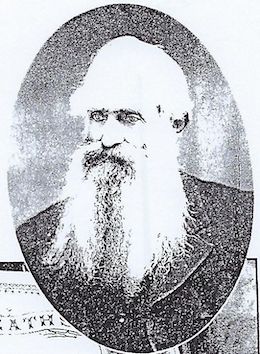 Following several weeks in California after gold was discovered Orville and his son Jacob S. Risley returned to Oregon having done well, after which Orville purchased property in the still primitive settlement of Portland, while still retaining ownership of his land claim along the river. During his very early years he operated a successful mercantile business in Lafayette, before ultimately settling full time in Portland and Clackamas County. He is credited with having been appointed the first superintendent of Oak Lodge's first school district #2. In the ensuing years Orville established himself as a highly respected Portland leader. At one time serving as the City Recorder he also served the community as a Justice of the Peace and the administrator of several estates. Orville was commonly referred to as "Squire or Judge Risley". He and his family spent time both in Portland and on "the farm" along the Willamette River where the family prospered from selling various crops, rock from their quarry and buying and selling land. 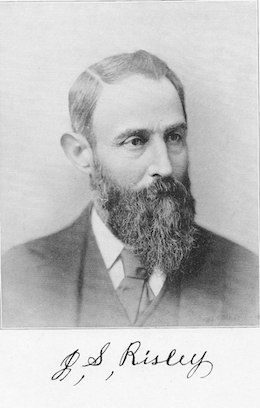 Orville died in 1884, after which Jacob S. Risley built a grand home on present day River Rd. and continued operating the "farm" as a thriving enterprise. He and his wife, Mary (Scholl) Risley had seven children, four of which died young. Mary died in 1886, but Jacob continued living on his land claim until his death in 1902. Their surviving children include the families of Charles W. Risley, John F. Risley, and Mary Alice Risley who married into the pioneer Starkweather family. 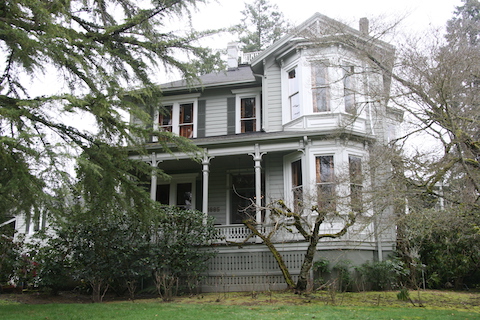 The Risley legacy that Orville started in 1845 lives on yet today in the form of having many descendants, as well as having streets, a park, and subdivisions named for the family.

"The Risleys on the Willamette: A 150 year history of Clackamas County's Risley Family" by OLHD member Mike Schmeer (PDF, 70 MB)